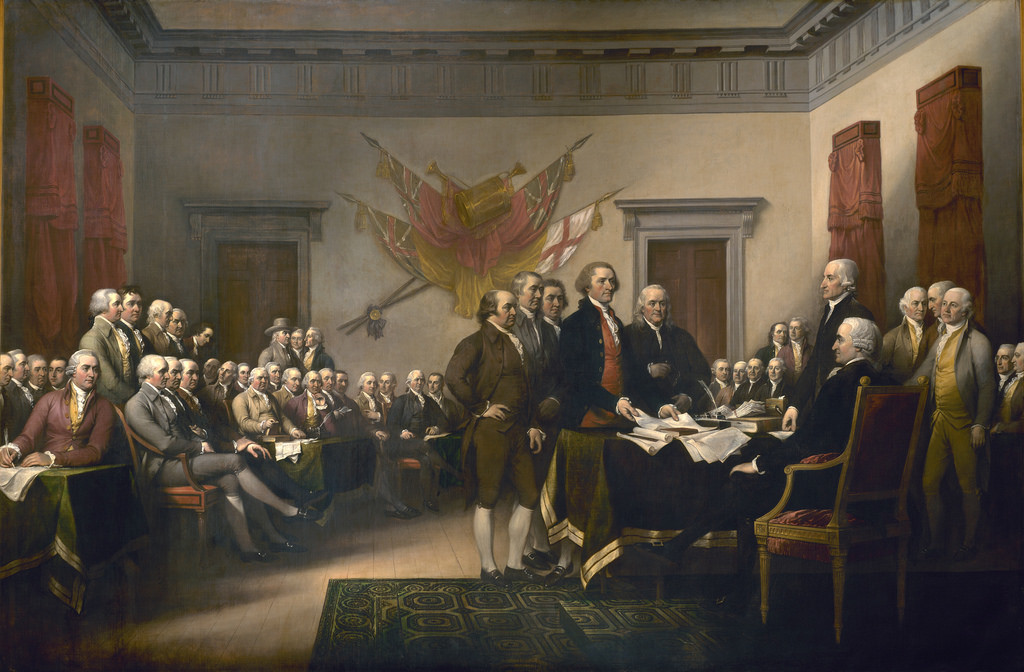 As I celebrate American Independence Day for the second year in a row based in the London, I can’t help but to reflect on the political landscape back home in the US and the recent vote for Brexit on this side of the pond. In doing so my mind starts to imagine what it was like on this day two hundred and forty years ago. (I suppose part of this is driven by my recent obsession with AMC’s revolutionary war television series: TURN)

Nevertheless, in 1776 the American colonies officially declared their independence from Great Britain more than a year after the outbreak of the revolutionary war. I imagine mixed emotions of hope, fear, uncertainty, relief, pessimism, optimism and patriotism. Probably much like there is today on both sides of the pond. I imagine that many of the same frustrations that caused the people in the colonies to rebel against their ever growing tyrannical government, are felt to some extent by a large portion of the people in Britain, across Europe and in the United States.

The American revolutionists grew tired of overreaching laws, consistent increasing of taxes, and loss of control over their local affairs. They rejected an autocratic government that no longer represented them. They made a stand and declared their equality and freedom to Life, Liberty and the pursuit of Happiness. America in 1776 was far from perfect, and we still have a long way to go. But the cause for freedom and equality has been the driver of progress that our history has witnessed since July 4, 1776.

Governments today on both sides of the pond are proposing and passing restrictive laws, taxes are steadily increasing and local governments are losing control to the Unions which they are bound. Politicians would do well to reflect on the causes of the American revolution and think about whether their own platforms are protective or restrictive of people’s’ unalienable rights.

I believe governments work best when power is localized so that local people are represented by local leaders. Unions, such as the European Union or the US Federal Government, are there to protect freedoms, provide common defense and promote the general welfare of the people who are represented. When Unions overstep their purpose to a point where a large percentage of the population no longer feels represented we see rejection, as in the latest UK referendum.

I won’t debate the pros and cons of Brexit or false narratives blamed on each side, but it’s clear a large number of the British people rejected a government body they felt no longer represented them. Whether true or not, people believed they were no longer represented, and perception becomes reality.

Brexit should be a wake up call for politicians around the world. As we celebrate American Independence Day this year, let us continue the cause for freedom and equality and form more perfect Unions which are less restrictive and more representative.

Let freedom ring within our existing government, or risk being rejected by the people.

Freedom will ring one way or another.